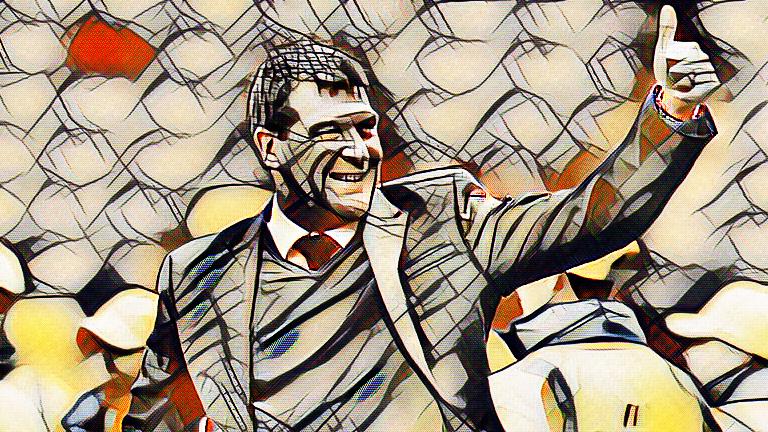 Wright’s career in football and his journey to the professional game is one that is full of bizarre twists and turns, like many young men with aspirations to go across the water Wright’s love of the game was developed when he represented his primary school as a striker but upon moving to grammar school who took up athletics but returned to football and played for Grange Rangers in the amateur league while working in the Grange Bar at the same time, he’d rotate between playing up front and in goals. Wright eventually signed for Brantwood, a well-known Ameteur League side, as a goalkeeper after impressing manager Harry Blair. Wright spent the next season and a half at Brantwood eventually caught the eye of Linfield and signed for the club he had supported as a boy who were at the time managed by legendary Irish League manager Roy Coyle.

Wright spent the next four seasons at Linfield but served mainly as understudy to first choice goalkeeper George Dunlop and played for Linfield Swifts (Linfield’s reserve side) and Wright was soon on the lookout for a new challenge, just as Wright was about to put pen to paper on a loan deal to Larne an opportunity arose that would change Wright’s career and life forever. Newcastle United, who were managed at the time by former Linfield and Northern Ireland goalkeeper Iam McFaul, were on the lookout for a backup keeper and had asked Coleraine’s David Crooks over to England for a trial but Crooks had trouble getting the time off work so they turned to Wright who went over and impressed enough to earn himself a contract with the English First Division side, signing for Newcastle in the 1988-89 season. The move was so out of the blue that one first contacted about the move Wright was unsure if it was Newcaste United or a club based in Newcastle County Down that were interested in him!!!

Wright was given his opportunity at Newcastle in January 1989 when first choice keeper Dave Beasant signed for Chelsea and Wright went onto establish himself as the sides regular keeper, unfortunately he couldn’t stop the Toon from dropping into the Second Division during this time. At the end of the 1988-89 season Wright won the first of 31 Northern Ireland caps in a 2-0 win against Malta.

Wright fell out of favour at Newcastle and had a brief stint on loan at Hull before returning to Newcastle again, he eventually won his place back under Ozzie Ardilles but lost it again and once more returned to favour under Kevin Keegan and helped the club win the First Division. At this time he also helped Northern Ireland win their first away game in almost two years against Albania, he contributed greatly to the win with a penalty save.

He eventually moved to Nottingham Forest for the 1993-94 season, Wright was part of the side that got promoted to the Premiership but injuries hampered his progress and when fit he struggled to dislodge Mark Crossley in goal and further spells followed with Manchester City, Reading, Wrexham, a second stint with Newcastle and Bolton Wanderers but once again injuries and struggling to dislodge other goalkeepers seen limited action and Wright eventually returned to Northern Ireland and finished his career with Ballymena United. Wright is perhaps best remembered for his performance against Germany in a 1998 World Cup qualifier as Northern Ireland earned a draw against the champions of Europe.

Keen to stay in football Wright accepted the Youth Development Officer position at his hometown club Ballyclare Comrades before taking the manager’s position at Limavady United in November 2003, Wright led the Roesiders to a 7th place finish in his first season and an Irish Cup semi-final and improved on that further next season with a 5th placed finish. Wright left the Limavady Showgrounds in May 2005 and replaced Kenny Shiels as manager of Ballymena United. In his first season at the Sky Blues they finished 7th in a 16 team league and also reached the County Antrim Shield final but were beaten by Wright’s former side Linfield, his second season in charge seen United drop two spots to 9th. In the 2007-08 season Ballymena had a strong start and at one stage looked like they might push for Europe but in January Wright was linked to the vacant goalkeeping coach role at Norwich City, he turned the offer down to stay at Ballymena but the side faded as the season went on and ended up well off the pace for Europe and Wright resigned almost immediately the season ended and did end up at Norwich as the clubs goalkeeping coach.

Wright’s time with Norwich was brief as he left the club when manager Glenn Roeder was sacked in January 2009 and after some time out of football he linked up with his former Northern Ireland team-mate and current Northern Ireland manager, Michael O’Neill, at Shamrock Rovers as goalkeeping coach. Wright returned to management in September 2009 when he was appointed Lisburn Distillery manager, Wright replaced Jimmy Browne who had failed to win a league game that season and the club were seven points adrift at the bottom. Performances improved under Wright but despite the odd win here and there results by and large remained poor and to make matters worse in December 2009 news broke that huge financial debts threatened the very existence of the club, against all the odds an incredible run of form in the tail end of the season seen Distillery avoid relegation with two games to spare. The 2010/11 season seen many expect the Whites to struggle again but a number of astute signings over the summer months seen Wright upset the odds again as he led the club to a top-half finish and a League Cup final victory over Portadown, the clubs first major trophy since 1993. Unfortunately success comes at a cost and the following season a number of key players moved on and the Whites struggled at the bottom end of the table, Wright left the club in November 2011 and took up the assistant manager’s position at Scottish Premier League side St Johnstone and is still highly regarded by Distillery Football Club.

Along with Steve Lomas, Wright helped led the Perth based side to their first top-six finish for the first time since 1999 in the 2011-12 season and they replicated that achievement again the following year when they finished 3rd and qualified for Europe for the first time in the clubs history. Success began to see the duo linked with a move away and in June 2013 Lomas was appointed Millwall manager but Wright declined to join him and was appointed the new St Johnstone manager.

Wright’s first season in charge of the Saints was a memorable one, the club firstly progressed through the first round of Europe before going out against Minsk, they finished in the top half of the table for the 3rd consecutive season and in May 2014 he led the club to their first ever major trophy as they beat Dundee United 1-0 in the final of the Scottish Cup, supporters of Wright’s former club Lisburn Distillery were present to show their support for Wright in the semi-final against Aberdeen.

Wright has continued to lead St Johnstone consistently to the top half of the table and is currently the fourth longest serving manager in Scottish football and despite St Johnstone struggling somewhat this season Wright has been linked to move elsewhere such as the Rangers job earlier this season and even the Northern Ireland job when Michael O’Neill’s future was uncertain.