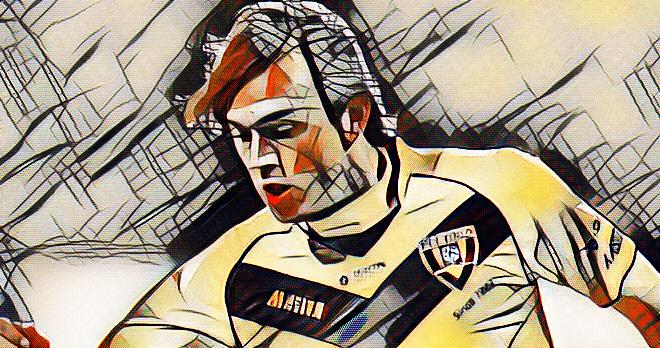 2012 was to be the start of a wind of change for Northern Ireland’s National Team. Nigel Worthington had stepped down following a disastrous Euro 2012 Qualifying Campaign which yielded just 9 points from 10 games, stained by home and away losses to Estonia and a dismal 1-1 draw away to group minnows Faroe Islands.

Michael O’Neill was signed up on 28th December 2011 and on the cusp of his first game in charge in March 2012 he made a bold statement of his intentions. Aware of the shallow talent pool within the province and dismayed by the IFA/FAI eligibility row which was about to reach its peak, the new manager stated his intention to widen the net for potential players and look further afield. Enter Robert Cullen.

Robert Cullen was born on 7th June 1985 in Tsuchiura, Japan to a Northern Irish father. He made his debut in the J-League system for Jubilo Iwata in 2004 before moving on to another Japanese club Roasso Kumamoto for a brief spell in 2010. In January 2011 Cullen made his move to Eredivisie side VVV-Venlo, the one-time KNVB Beker winners had a reputation for acquiring Japanese players following the signings of Keisuke Honda and Maya Yoshida (and later Yuki Otsu). A winger or forward, it was following his transfer to Venlo that Cullen made it onto the radar of Michael O’Neill and was seen as a potential fix for the lack of firepower in the National Team.

Robert Cullen had indeed represented Japan at youth level in the 2004 and 2005 AFC Youth Championships. However, having never made it into the senior team, he was still eligible for a Northern Ireland call-up. O’Neill stated that he had made initial contact with the Dutch club to try and discuss a potential international future with Cullen but as quickly as the story gathered pace, it died away even moreso. The call up never materialised, whether by the player’s choice or O’Neill’s discovering of other options; Shane Ferguson was welcomed back to the fold as Niall McGinn and Chris Brunt become more influential in the squad.

Cullen left VVV-Venlo in 2014 and moved to Thai League 1 side Suphanburi where he grabbed 7 goals in 22 appearances before a move to newly formed K League 2 club Seoul E-Land in 2015, helping them to an ultimately unsuccessful promotion playoff. The final move of his whistle-stop career was to Indian Super League franchise NorthEast United in 2016 under manager Avram Grant, finishing 5th and making 8 appearances. Cullen has been without a club since leaving the Indian club at the beginning of 2017.

YouTube, as with any player, shows highlight reels of a quick winger skilled with the ball at his feet, intelligent movement off the ball and a keen eye for a pass.  We’ll never know the part he may have played in the revival of Northern Ireland’s fortunes but for a fleeting moment in 2012 his name creating a flush of excitement of the exotic on the local messageboards. The impact from that story was to show that Michael O’Neill was prepared to search high and low for talent and international duty would no longer see the same old faces just for the sake of continuity.