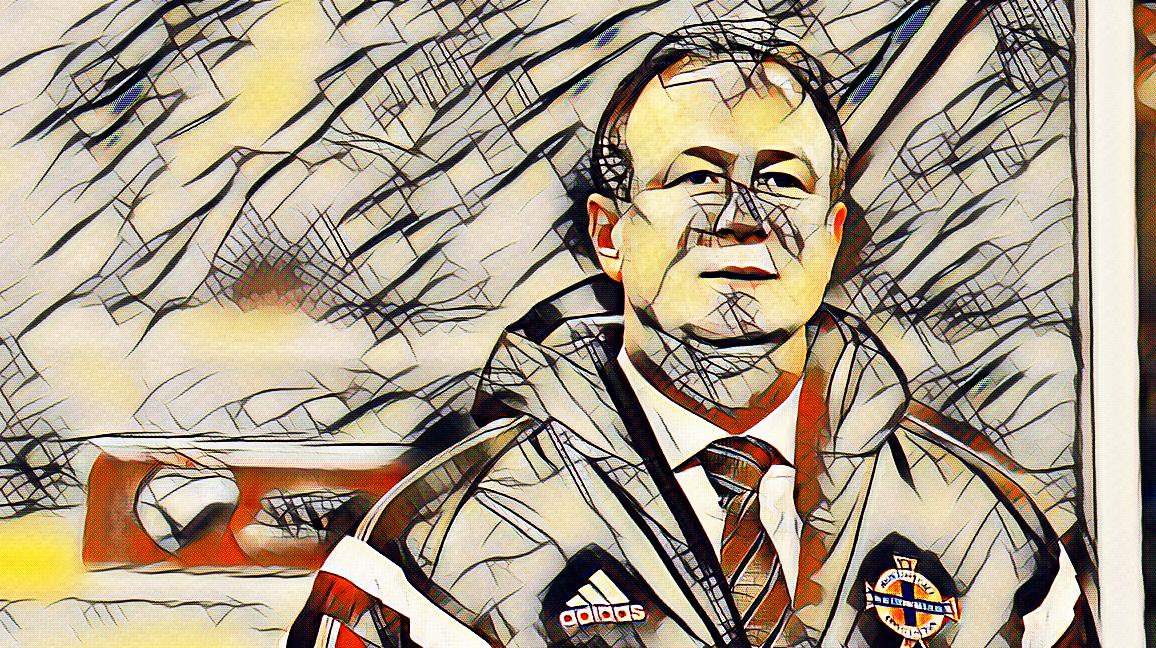 Recently citizens of Britain have had the alarming news that there is talk of a bridge from Upper Hibernia to Caledonia as a possibility. The first man ‘ecossing’ will not be Michael O’Neill. His recent decision not to inhale the heather has resulted in a standing ovation of clapping red hands on the western side of the North Channel.

In September I wrote on this site that despite the local media’s obsession with moving him onto an English club, this  was far from a given based on various things. Some of these still fill the goatskin but others have come to light as well. Certainly then the belief was which club would come calling rather than which country but Scotland’s call was not altogether a surprise. Forgetting the ins, outs, ups and downs of his three campaigns, it was certainly a natural time for O’Neill to take a sit down and take stock.

We will never know how close he came to joining Scotland but he is not the sort of person to waste his or anyone else’s time by teasing, testing or manipulating. His reasons for being wanted by Scotland were well documented and made sense. His reasons for wanting to join Scotland were let’s say…. there….. but an equally good argument could be made as to why would he go there. All distilled water under the bridge now but various interesting things have come out of it all and let’s just look at some before the paper turns yellow in the low winter sun.

From the Scottish perspective there has been internal acrimony, a regal Regan resignation (forgive me) and verbal and written bitterness at losing out to the likes of little Northern Ireland. The thistle is causing damage under the kilt. Vitriol was thrown at SFA chief executive for his mishandling of the whole process. Some of it is fair enough I suggest but one thing missed I feel was the death of Mrs. Patricia O’Neill, Michael’s mother, which happened in late November. I believe the SFA naturally and quite rightly wanted to give their target space but the Scottish press ignored this and shouted ‘fatal hesitation’. A minor point perhaps but they still dithered over the half a million release fee in writing.

When O’Neill rejected the move, various Scottish heads immediately suggested that O’Neill lost his nerve and thought the job was too big for him and that it was all a calculated move for him to play folk off against each other to get a pay raise. Deary me! The decision as to whether to rebuild Hadrian’s Wall so that it faces south-west as well as south is now added to the Scottish independence question.

It is worth listening to O’Neill post decision. Rightly he has placed great emphasis on the relationship he has with his players and especially the senior ones. Not many managers have what he has with his team. To me there are several things that have come through his head that herald a green, white and bright future. His immediate job is to create an equally successful team to replace the ageing present one he has. The fact that he has the support and goodwill of those in the team to catalyse this is huge. Yes, some may and will go but they will help bring young talent through.

A while back the feeling was the cupboard was bare but there are now some provisions getting put on the shelf. George Saville, Jordan Jones, Paul Smyth and Jamal Lewis are at various stages of coming out of the shopping basket and there are hopes that Gavin Whyte and Mark Sykes could join the end of that queue. If O’Neill can create two teams before he comes off the Windsor touchline he will have excelled.

Talking off coming off that touchline has resonance. It has emerged that our leader has desires for a role in office rather than dugout. He has a major thing about the pathway of youngsters from Ulster to the full time game and feels that it must be improved. He can clearly see that he can have a major say and influence in this from within and higher up the IFA. I say there is  no better man who can improve matters pastoral, footballing and everyday for many of the young players so that they arrive in England in better shape to stay, rather than return dejected and wasted to the game. Control, direction and influence count for a lot and if he can make the IFA less self – serving and more fan- friendly all the better.

Whilst Scotland failed in their acquisition let’s say well done to the IFA all the same for maintaining a steady, dignified and accommodating hand on the SS Windsor’s tiller. No matter where you go in life it is nice to feel wanted and the IFA showed that to O’Neill in spades, hearts and yes….pounds. Nothing wrong there. The call of home was loud. So it is the path to English football for NI youngsters rather than the bridge to Scotland that Michael will be concerning himself with for now and the future alongside another tilt at the Euros.

Some of you may be familiar with the legend behind the red hand of Ulster. The story goes of ancient Celtic chieftains racing across the sea to lay first claim  on land. It was a man from one of the clans who cut off his hand to throw it onto the northern part of Ireland to win. The now red piece of flesh lay victorious as the blood seeped into the land and  down the centuries. That man was from the ‘ua Niall’ clan. The O’Neill clan – which translated means the ‘descendants of the champion’. Too true Michael. His hand may be red today from touching the thistle, but he has both of them to guide and direct Northern Ireland for another few years.He may be staying at home in Scotland, but more importantly he’s staying at home with Northern Ireland.