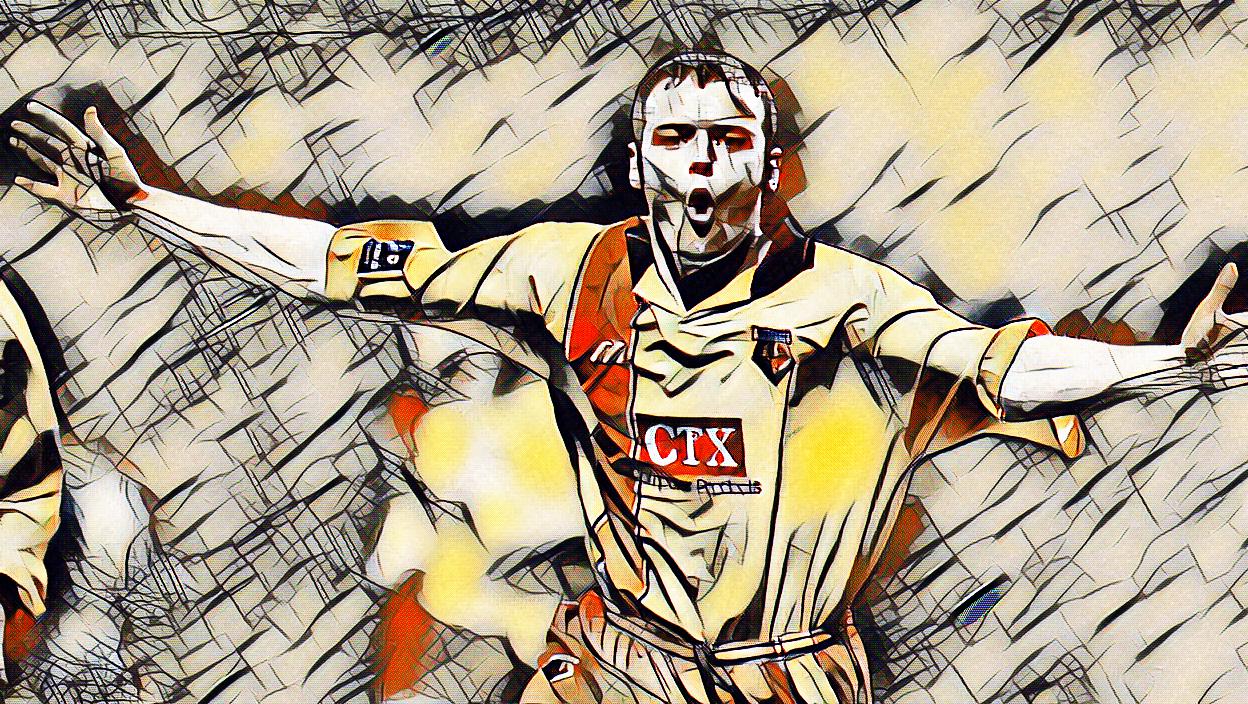 Our journey of Irish League players who have played across the water and/or internationally sees us now take a look at the career of Lisburn born Peter Kennedy. A player capable of playing in defence or midfield Kennedy had a successful career in Northern Ireland and the lower levels of English football and a number of international caps, Kennedy began his career at East Belfast side Glentoran before moving onto Glenavon where he spent the next three years making 29 league appearances and scoring 7 goals. Kennedy then left Glenavon and signed for their arch-rivals Portadown, linking up with legendary Irish League manager Ronnie McFall, in his short time with the Ports he helped them win the 1995-96 league title and scored an impressive 10 goals in the process, he also added that seasons Ulster Player of the Year to his trophy cabinet and in August of 1996 he moved across the water and signed for Notts County.

County were managed at the time by Colin Murphy but unfortunately the season was a poor one for them as they had a poor start to their Second Division campaign and Murphy was eventually sacked and replaced by Sam Allardyce. The season didn’t get much better for Kennedy as the new manager clearly didn’t fancy the Northern Irishman and at one stage Kennedy considered giving up on professional football but he was thrown a lifeline, fortunately in one of his appearances the season Kennedy had impressed against Watford and after further recommendations from fellow Northern Irishman and Watford striker, Gerry Armstrong, and then Watford coach Kenny Jackett, Graham Taylor spent £130,000 to being Kennedy to The Hornets.

Kennedy’s move to Watford led to the best time of his career, in four seasons at the club he made over 130 appearances and despite being regarded as a defensive player he was shown to have an eye for goal. In his first season at the club Kennedy was top scorer with 13 goals, including a double against Luton and a hat-trick against Southend, and he was also named in the Second Division Team of the Season. In his second season at the club he helped them win promotion to the Premiership and scored the clubs first Premiership goal against Wimbledon. Kennedy has praised former England manager Taylor for kick-starting his career as a professional footballer and spoke fondly of Taylor after his passing in January 2017 but all good things must come to an end and at the end of the 200-01 season both Kennedy and Taylor left Vicarage Road.

Kennedy’s next destination was Wigan where he spent three seasons, including a loan spell at Derby County, and his final professional club was Peterborough United. Kennedy then returned to Northern Ireland to finish his career with a second spell at Portadown before retiring to focus on a career in accounting, though he did come out of retirement to play for Donegal Celtic and Kilmore Rec.

Internationally Kennedy won 20 international caps for Northern Ireland, the first coming while he was at Watford in a friendly against Moldova in 1998. The highlight in Kennedy’s international career would likely be the 0-0 draw achieved against Spain at Windsor Park in 2003.

Since retiring from playing Kennedy has moved into management and took over at Lisburn Rangers in the summer of 2016. Kennedy’s time in charge of Rangers was a brief one, though he only lost one league game before departing for fellow Lisburn side Crewe United in November 2016. Kennedy is still in charge of Crewe at present and the side currently sits mid-table in the Mid-Ulster League but have games in hand over all the teams above them so the season could yet be a promising one for Kennedy’s men.